← more from
Subtext Recordings
Get fresh music recommendations delivered to your inbox every Friday.
We've updated our Terms of Use. You can review the changes here.

For organ and brass 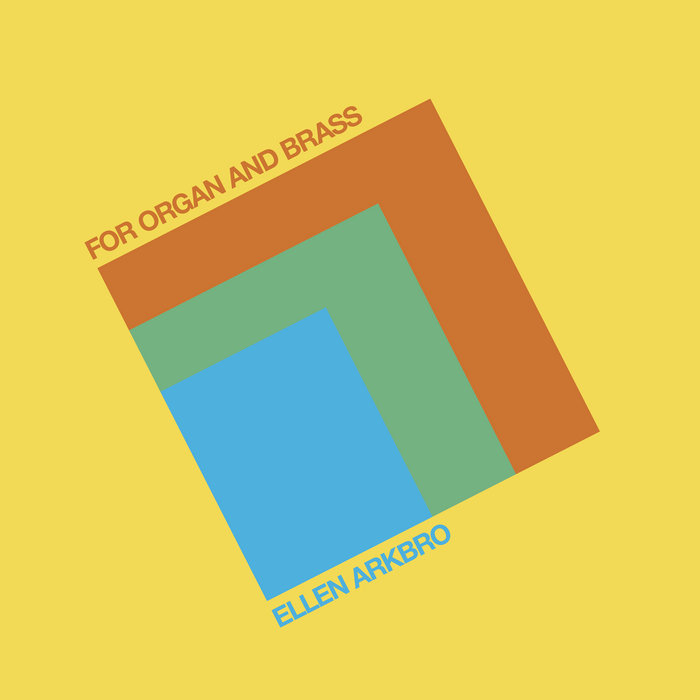 Bernard Harris just heard mountain of air in the car on radio 3. v evocative, reminds me of the unthanks.

Mohan Thomas Hooked and intrigued from the very first sound of the first track. Contemplative and warm sounds. Beautiful!
more...

For organ and brass is comprised of two works by the Stockholm-based composer Ellen Arkbro. Both works focus on tuning, intonation and harmonic modulation. In previous projects, Arkbro composed for early music ensembles, wrote a series of durational pieces utilising synthetic tones and processed guitars, and, most recently, presented a work lasting 26 days at the Stockholm Concert Hall. for organ and brass looks back to Arkbro’s studies in Just Intonation with La Monte Young, Marian Zazeela, and their disciple Jung Hee Choi in New York, as well as with kindred spirit Marc Sabat in Berlin.
The title composition was written for an organ with a specific kind of
historical tuning known as meantone temperament. It was only after locating an appropriate instrument—-the Sherer-Orgel dating back to 1624 in St. Stephen’s Church in Tangermünde, Northeastern Germany—-that Arkbro set about recording both for organ and brass and its counterpart, three.
“Hidden within the harmonic framework of the Renaissance organ are
intervals and chords that bare a close resemblance to those found in the modalities of traditional blues music,” explains Arkbro. “The work can be thought of as a very slow and reduced blues music.”
The work moves gradually through a series of long, sustained tones played by the organ and in parallel by a brass trio comprised of horn, tuba, and trombone. Arkbro’s treatment of pitch resembles the tuning strategies of La Monte Young. The brass parts were performed by microtonal brass trio Zinc & Copper, a group whose repertoire has included works by C.C. Hennix and Christian Wolff. www.zincandcopper.org

In Arkbro’s words, “the brass instruments and the organ fall into patterns of interaction in which a new breathing instrument emerges.” three, which follows the 20-minute title work, deploys the same principles of harmonic relativity. In removing the organ from the instrumentation and switching to a different meter, three acts as an intimate counterpoint to the ritual drone cycles of the title piece.
Ellen Arkbro is currently studying for her Master’s degree in music
composition at the Royal College of Music in Stockholm. Her work has been performed in Brooklyn, Stockholm, Norberg, Bologna, Gothenburg, Berlin, Birmingham, and Malmö, and on Swedish National Radio.
for organ and brass was recorded in Tangermünde, Germany in September 2016.
The performers were Johan Graden (organ), Elena Kakaliagou (horn),
Hilary Jeffery (trombone), and Robin Hayward (tuba).

Bandcamp Daily  your guide to the world of Bandcamp

Oakland producer Mejiwahn chats about his breezy and transportive LP.